Delegates will examine their own leadership style, strengths and personal brand within a supportive environment. They will gain a greater understanding of the skills and competencies sought by senior managers and boards, and will hear how these have been applied by experienced IR leaders. They will be assisted in considering how to apply their personal style to build a best practice IR function.

It will be of particular benefit both to those looking to progress into a senior role in IR and also to those considering the Diploma in IR.

All attendees will be required to complete a confidential assessment in advance of the course and are encouraged to make themselves familiar with the pre-reading material.

What will I gain? 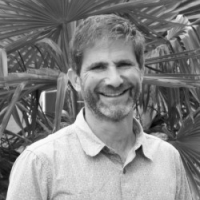 Jon’s unique background means that he is ideally suited to helping professionals develop their writing skills. Jon is a Cambridge English graduate, a qualified teacher of adults and an Associate Tutor at Goldsmiths University, where he teaches management at BA and MA level, giving him a deep understanding of the challenges and requirements for effective business writing. He has been commissioned by several IR teams to assist in writing critical communications at times of significant change and has lots of experience helping businesses frame and couch language for both internal and external communications. He has delivered writing skills training for the IR Society for several years and has also trained special-interest professional groups in writing skills, including banks, regulators and government departments. Jon is also a qualified business psychologist and a chartered management accountant. 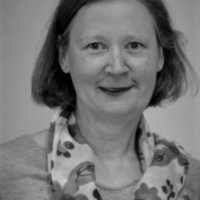 A CIMA-qualified accountant, she first started working in investor relations in the late 1990’s, at GKN plc. She was involved in the demerger of its joint venture businesses and the subsequent listing of Brambles Industries plc in London; as well as the late unwinding of this dual-listed company structure. Most recently, Sue spent seven years as Executive Team member and Director of Communications for AMEC plc, during a period of significant and successful transformation.

Sue is a board member at MAC (the Midlands’ most visited arts centre) and a Trustee and Treasurer of Re-engage (which brings older and younger people together for social gatherings). 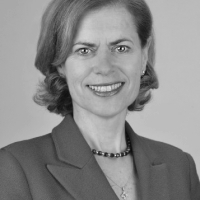 Founding Partner and Head of Chair Advisory at Fidelio Partners

Gillian Karran-Cumberlege leads Fidelio Partners Board Practice, supporting Chairmen and CEOs in building effective Boards and Executive leadership teams which drive value for stakeholders and shareholders. In this context Gillian is actively engaged in promoting greater Board effectiveness through increased diversity. Fidelio is accredited by the Hampton-Alexander Review for its contribution to increasing gender diversity on Boards and leadership teams ‘Beyond FTSE350’.

An internationally recognised thought leader on ESG, Gillian is a Board and Steering Committee Member of Chapter Zero, which supports Board Directors to address climate change on the Board Agenda. Gillian is also an advisory Board Member of the German British Forum. Previously Gillian served as an Independent Board Member of Jaguar Land Rover India and a Member of the Harvard Business School Alumni Board (2015-2018).

Prior to founding Fidelio Gillian held senior executive roles within some of Europe’s leading corporates; this included Global Head of Investor Relations / Capital Market Communications for Volkswagen AG (2000 – 2007) sitting on the Group Governance and Marketing Committees – the most senior female executive globally. Previously Gillian had enjoyed a highly successful career in banking for example heading Group Investor Relations for UBS (1998- 2000). She started her career in Banking Supervision with the Bank of England.

Gillian has an MA in History from Trinity Hall, Cambridge, and attended the Harvard General Management Programme. 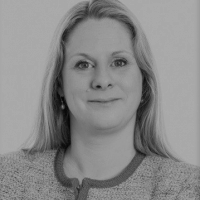 Alison joined Orient Capital in June 2010 bringing a wealth of investor relations and analytical experience. Since she joined she has been instrumental in building the brand of Orient Capital initially in the UK, from forging partnerships with numerous brokers and advisers, to latterly developing the Orient Capital and D.F. King brands across EMEA.  As part of ASX listed, the Link Group, she has P&L responsibility for the Corporate Markets business.  Alison joined Orient Capital from Capita where for 7 years she was Head of IR Services, than latterly Managing Director of their IR Services business.  Previously Alison managed the UK Client reporting team at Dresdner Kleinwort Wasserstein, specialising in shareholder analytics for UK large/mid cap companies. Alison has a French and German Languages degree from Kingston University and started her career as a translator before working in investor relations for a mining company in Canada.  She was appointed to the IR Society Board in 2014 and is responsible for chairing the Membership Committee. 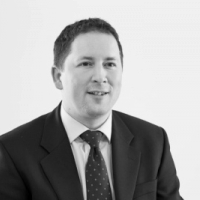 During this time he has been involved in all the normal Investor Relations activities including the development of the investment proposition, briefing of institutional investors and the development and production of corporate results and announcements.  In addition he has been integrally involved in all the corporate actions and transactions undertaken by the Group during this period including the acquisition of HBOS, the capital raisings and the various business disposals.

Douglas is also a Board member of the IR Society